Combatting Voles In Your Yard 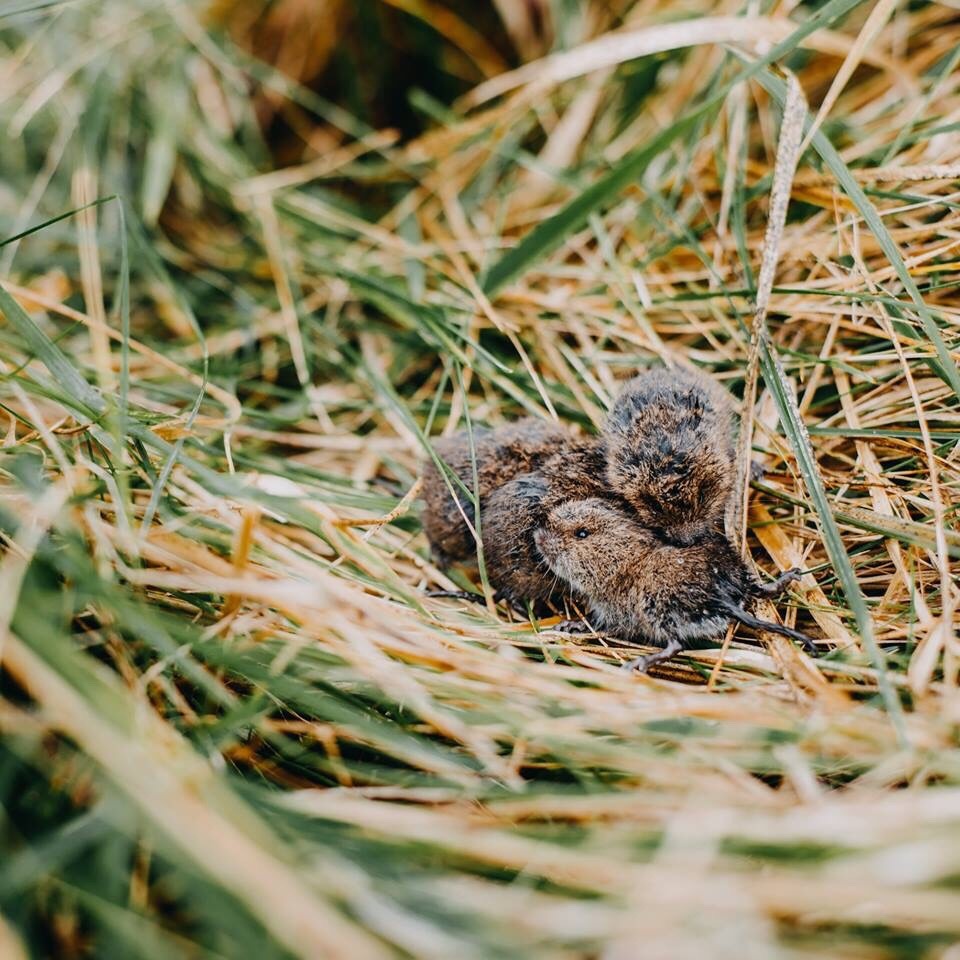 Now that spring has sprung and the snow has melted off your lawn, you’re probably wondering why it looks like a tiny tunneller has ransacked it. Well, as you may have guessed, you have a vole problem. Though prominently abundant in the prairies, they also pose a considerable challenge to Calgary yards.

Nevertheless, if you’re having trouble combatting voles in your yard these varmints can be impeded and stopped when taken care of properly. At Martin’s Pest Control, we know precisely how to get the job done.

Voles are often mistaken for mice as they have a very similar appearance. They are small brown-grey varmints with black beady eyes. Though these creatures may look similar to the house mouse, they are stockier in build with stubby legs, ears, and tail.

Voles are also often confused for moles as well because of their underground nature. In fact, voles are more similarly related to the muskrat.

Knowing the difference can help in catching the culprit that’s causing your yard problems.

Voles are known for tunneling, which is where the problems start. When they tunnel, they damage the root systems in your yard causing most plant life to die. They also eat the vegetation in your yard, which does significant damage to your landscaping when they dig for bulbs and root vegetables.

These varmints are known for tunneling and leaving haphazard tracks through your yard, since they live, breed, and store their food underground. They will gnaw at the roots of trees and shrubs, eating your gardens, in turn causing you thousands in damages to your yard.

Voles are quite sneaky though. Many times they are never seen by the homeowner. In fact, most homeowners don’t realize they have a vole problem until spring arrives. This is because voles cause the most damage during the winter months when the ground is too frozen to tunnel deeper down. Voles stay close under the surface of the snow using it as insulation.

Not only is the snow insulation for them to survive the harsh weather but it’s also the perfect cloak to cover up any mischief happening to your landscaping.

Stopping Them In Their Tracks

Stopping voles is not an easy job. They are primarily outdoor pests. They don’t sneak into your house through cracks or live in the shed. This makes it tricky to track them down when there are fewer entry points or core corners to trap them in.

The best way to catch a vole is by setting up a live cage vole trap where you can see high activity in your yard. The tunnels, AKA “runways”, are well defined and close to the surface and typically around two inches wide. The larger the runway indicates a spot of constant traffic, which is would be a prime location to set a trap.

Voles typically don’t stray too far from their burrows. Since voles breed so frequently as well, having 5-10 litters per year that yield 3-6 babies. Since those numbers add up quick it’s best to set up between 12-24 traps to even begin making a dent on the population.

Blackhole traps are also very useful in that they go in a pre-existing vole hole in the ground and go undetected by the vole. Upon re-entering their dwelling, they will become trapped.

When setting out traps it is a good idea to bait them. You want to coax the voles into entering. It is best to bait in the trap in and around its perimeter.

The best bait to use on voles is:

Warning: poison bait and traps are potentially threatening to pets, children, and other wildlife. Use with caution and care.

You can also poison the vole bait to kill them off at the source. You may want to set up rodenticide bait stations near the tunnel entrances and higher traffic areas. Be sure to continue refilling them for 5-10 days or until you begin to see no more signs of voles, indicating they are dead.

The best solution to the problem is to prevent them altogether, no need for traps if they never enter your yard. So, if you hear they have moved into your neighbour’s yard, you’re just being cautious, or have dealt with these pesky critters before you know it’s best to stop it before it happens and get some form of deterrent.

Choose a repellent that has the active ingredient capsaicin in it, the intense heat will draw the voles far away from your yard. You can use granular repellent and sprinkle it around the perimeter of your yard. But, if you have ample space to cover, the liquid works better.

Thiram is another useful deterrent, though it is typically a fungicide for your plants and crops it will also rid the voles. The sulfur smell deters them, and if ingested, can cause issues over time, eradicating them.

If you prefer not to harm the animal or use harsh chemicals, or poisons you can instead make your own repellant. Using ingredients such as eggs, red pepper sauce or any hot sauce, garlic, and other pungent ingredients to spray around your yard can work.

Another non-toxic repellant to use is a predator’s urine. The voles are very off put by the scent and won’t approach for fear of being low on the food chain. Fox, wolf, or coyote urine can be purchased at trapper supply stores, online, or even yard stores like Home Depot.

Another thing that will stop voles from entering your property is by weeding, keeping the lawn mowed, and having little to no dense ground coverage. It also may be useful to consider fencing off your gardens.

You can even use fence wiring 6 inches underground to wrap around plants such as seedlings and bushes or shrubs. This ensures the voles can’t gnaw at their root systems. If the Voles have no food sources, they will be ready to leave you alone.

Getting rid of these varmints, voles especially can be a hassle, but if you find yourself struggling to do it yourself, we can help.

Contact Martin’s Pest Control. We specialize in pest management; including vole control, deterrent, and vole infestations. Our professionals can inspect your property to know where the voles are living to get to the source of the issue so they can be removed safely and stay gone.