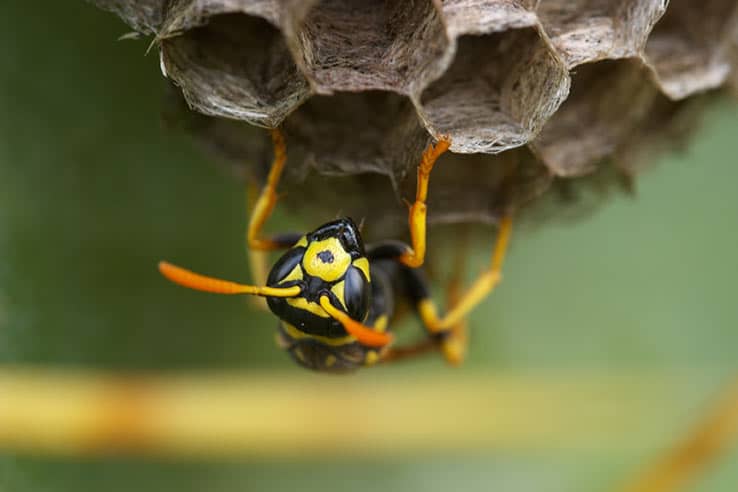 If you trap some and they reappear again, you likely have a nest around somewhere.

Wasps are really beneficial in the garden. They eat other bugs that cause harm to plants. Sometimes people confuse bees with wasps. To protect the dwindling bee population, a professional pest exterminator will first identify the pest. If it is bees, the company will arrange for the removal and