Dealing With Bats In Alberta 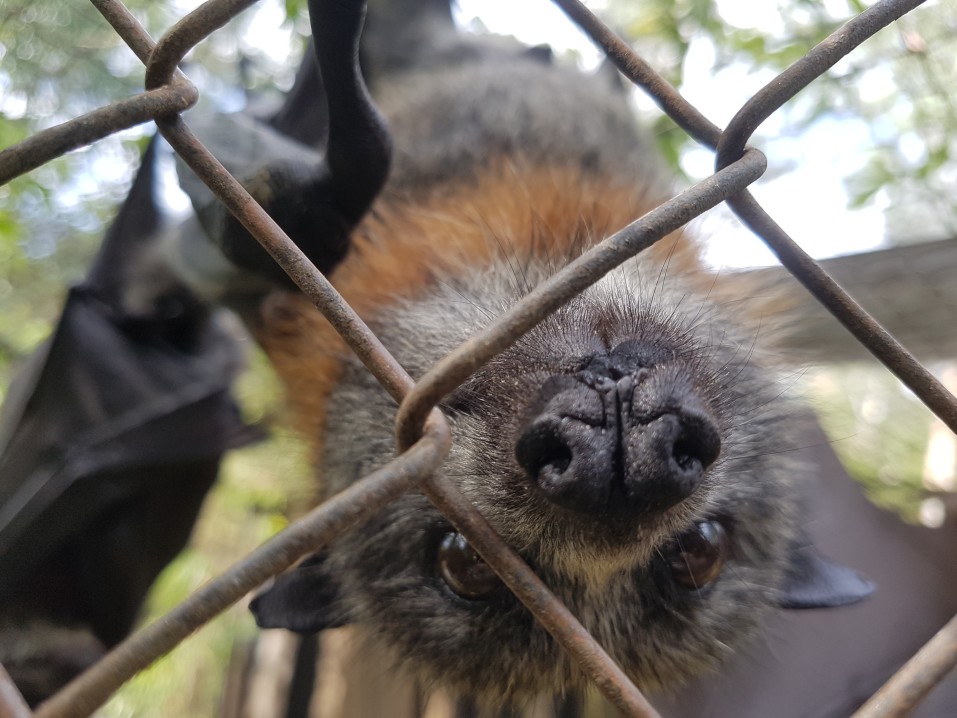 Hibernating Bats Are Ready To Come Out

No one ever wants to deal with bats in their house and with the recent outbreak of COVID-19, people are wearier than ever about the diseases they may be carrying. At the first sign of bats around your home, it’s a good idea to contact a pest control company that can help you with bat removal.

There are more than 40 types of bats in Canada, and nine of those species are in Alberta; none are vampire bats, which live in Central and South America. Of those nine Alberta bat species, three types migrate to warmer climates: the hoary bat, the silver-haired bat and the eastern red bat. There are bat populations in southern Alberta areas living in eastern prairie belts to the western foothills.

Bats are nocturnal hunters, so in April or May you can watch them leaving their roosts at twilight to hunt and return to sleep during daytime hours. They eat large amounts of insects which protect farmers’ crops. In fact, they can consume 1,200 mosquitoes each night. They also like fruit, flowers, and nectar, so they play their part in pollinating plants.

Unfortunately, bats don’t practice social distancing and assemble in colonies. A two-foot square bat box has room to house 200 bats.
Female bats gestate in early spring and to give birth in June or July and raise their pups in traditional roosting grounds.

Bats are fascinating to study, and families may want to check out the bat walk at the Inglewood bird sanctuary when isolation restrictions ease.

Where Do Alberta Bats Live?

Alberta bat populations either fly to warmer climates in winter or seclude themselves in caves, clefts, tree cavities, or barns. Brown bats sometimes roost in outbuildings, porches, abandoned buildings, homeowner attics, and chimneys. They hibernate when temperatures drop below -4 C, generally from about October to March, and become more active as the weather warms.

Brown bats sometimes roost in homeowners’ attics. They follow the cool air currents that flow into cracks or spaces under eaves or siding. That is why they sometimes fly into houses through open windows or doors. They can fit through a small area the size of a dime.

You may hear chittering, scratching and rustling sounds coming from the attic. Or you may notice staining around the entrance/exit site, strong smell from the bat guano and bat swarms in the early evening. If you see any of these, that should tip you off that bats may be roosting in your home.

It is unlawful to kill bats in Alberta. Many people try using vacuums, spray washers, spray foam and sticky traps to remove bats from their dwellings. However, they are not effective and potentially harm the bats. Contacting a pest control company, such as Martin’s Pest Control, will help you remove the bats safely and quickly.

Some people choose to let the bat colonies stay on their properties. Though, many homeowners don’t want them in their attics. There are many ways to prevent or initiate removal of bats from your living areas.

Reaching out to a professional pest control company like Martin’s Pest Control can provide answers to your bat removal questions. We service areas around Calgary and Airdrie. Our technicians are trained in Alberta bat removal and have the proper equipment to remove and neutralize organisms left. We will help you prevent colonies from re-establishing themselves in your home.

Whether you choose to hire us or a different pest control company in Calgary, always confirm the company you contact has a qualified bat removal service.

The BC and Alberta Community Bat Program has a great downloadable guide on bats in buildings. You can also contact them to ask questions [email protected] or call 1-866-574-1706.

The guide offers some suggestions on how to keep bats out of your home.

Cleaning up after the bats have relocated is sometimes tricky. If doing it yourself, you’ll need to use protective equipment, which includes a contamination grade mask while removing the guano. A light wetting can dampen the material to settle any fungus spores.

The bats are not so much the problem as the annoying sounds and waste they excrete. Bat guano can make excellent fertilizer, but it can also harbour disease and cause building material decay.

Virologist Vikram Misra of the University of Saskatchewan studied viruses in Canada bat populations in 2009. He states that it is unlikely for Canadian bat populations to transfer corona disease to Canadians. He would like to see funding for further studies on bat populations and illness in the future.

Bats rarely, but sometimes, contract rabies. Many mammals contract rabies and according to the federal government surveillance for 2014-2016, 28% of rabies in animals were found in bats. Only two people in Alberta in the last century died from rabies.

As a precaution, however, if a bat is flying in daylight or behaving strangely, it is best to remove your family and pets and call wildlife officials. You should also avoid the area until the bat can be captured and removed.

There is a white-nose disease that is killing bats and experts are concerned about the extinction of some species. If you find a dead bat on your property, use protective covering to protect yourself and place it in a box with a lid or a container. Call Fish and Wildlife or the Alberta Community Bat Program to ask about proper disposal.

Be aware that bats can appear dead when they are just in a sleepy state brought on by cold temperatures. Revived bats can bite while handled by humans. If you suspect the bat is only injured, place it in a sealed cardboard box with breathing holes and call the Alberta Community Bat Program.

If you need help with a pest or insect problem, reach out to Martin’s Pest Control today. Also, check out our other blogs for more useful tips, including pest control for homeowners.